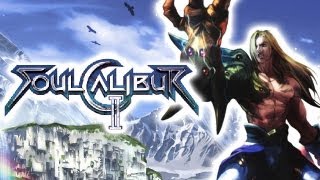 Since getting a gaming PC, Maximilian has been looking to test some emulators in 1080p. One of those emulators is Dolphin, which runs Wii and Gamecube games. Watch him play SoulCalibur II inside.

Taking advantage of the power of his PC, Maximilian has started to play SoulCalibur II (SCII) in 1080p through the Dolphin emulator. He is joined by a couple of friends for live commentary.

SCII was released in Arcades in the summer 2002. The following year, the Namco and Project Soul fighter was released on the Gamecube, PS2, and Xbox.

Here are parts one and two of Max playing SCII in HD.