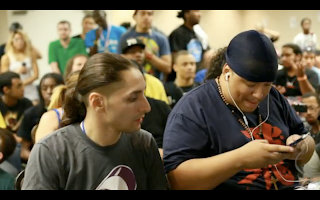 Feeling homesick, IFC Yipes (pictured to the right) has left Broken Tier (though not entirely) to rejoin Triforce's Empire Arcadia. Get the details inside.

The band is back together.

With the sudden departure, many wondered what Yipes was up too. The fighting game community questioned where he'd wind up. Some speculated AGE, MCZ and DMG. Most had just one organization in mind.

It took Yipes just a few hours to reveal his future.