Anarchy Reigns sells over 240,000 units since its global release 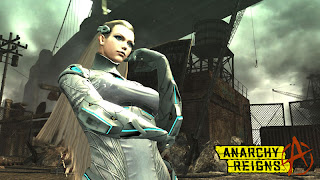 Not many sales were expected for Anarchy Reigns since its global launch was botched by Sega. The recent sales figures, however, reveal the game is doing much better than anticipated.

The little engine that could.

Anarchy Reigns seemed doomed from the start. Many gamers were excited about the Platinum Games brawler due to its frenetic pace and hazardous stages. When publisher Sega delayed the game and kept it as a Japanese exclusive for several months, the sales outlook became bleak.

Not to mention the deficient marketing from Sega.

Fear not Anarchy fans. While the game isn't lighting up the charts, it's definitely nothing to sneeze at, all things considered. While Japan got a head start back in July 2012, Anarchy Reigns has been riding some momentum since its global release in January.

According to VG Chartz, Anarchy Reigns has sold over 240,000 units on the Xbox 360 and PS3 combined. In Japan, the PS3 version outsells the American PS3 version but that could change quickly as the game seems to be picking up steam weekly in the 50 states.