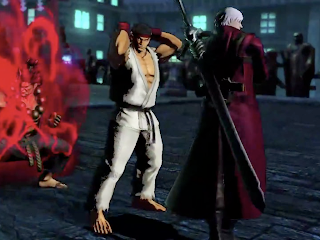 Let the hype begin.
The biggest fighting game tournament of the year, Evo is set to go down from Caesar's Palace in Las Vegas July 6 – 8. To get you prepared for the huge tournament event, FightVG.com will be previewing each game on the main floor and get you up to speed on some of the top players.
Ultimate Marvel vs. Capcom 3 (UMvC3) is the perfect game to start. Has there ever been a fighting game that has captured the imagination of the community as much as UMvC3? Highly unlikely. We’re talking about a game that is demanded constantly on streams on the east coast such as Sp00ky’s and on the west coast with events like Wednesday Night Fights.

While there was some controversy surrounding Ultimate being a retail disc rather than DLC less than a year after the original title was released, the community never left. In fact, it only got stronger. Fans from across the world tune in to see players such as Tokido, F. Champ, Chris G, Viscant, and many more compete in numerous tournaments.


It’s probably no secret that UMvC3 is enjoyed by many gamers, but how will that translate into Evo 2012? Look no further than Evo 2011. In the finals, PR Balrog’s only hope of beating Viscant was to reset the bracket. With the score tied, Balrog’s Tron Bonne countered Viscant’s Phoenix with a level 3 grab and was able to reset the bracket.
Sure Balrog still came up short in the finals, but it’s moments like this that have kept the fighting game community (FGC) glued to this game. There are also the not so glorious yet hilarious moments such as when DR Ray lost to Mike Ross at last year’s Evo via Deadpool’s teleport suicide.

2012 may be the toughest year for UMvC3 players to earn a top spot. With hungry competitors such as DJ Huoshen, Honzo Gonzo, TA Predator, Kbeast, and MarlinPie, the lineup will be stacked. Even Street Fighter enthusiast Dieminion is making a case for a serious run in UMvC3 competition.

With so many competitors preparing for July 6 – 8, it would be no surprise if UMvC3 stole the show at Evo 2012. Many other fighting games have their own unique following and this popular title is no exception. Let the hype begin indeed.
Posted by Fernando Quiles Jr.