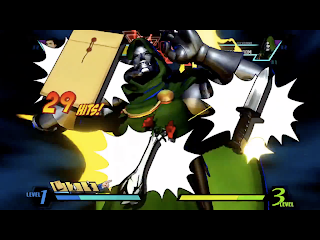 At the moment, Ultimate Marvel vs. Capcom 3 (UMvC3) seems to be the most popular fighting game. As mentioned in our UMvC3 Evo 2012 preview, the game captured the excitement of the fighting game community (FGC) that no other title before it has been able to do.

Despite the tremendous reception on the competitive field, Capcom isn't eager to update the title with more DLC. In fact, the UMvC3 team has moved on according to Capcom's Vice President Christian Svensson (via Event Hubs).

"We're happy and thrilled that folks love Ultimate Marvel vs. Capcom 3 and we would expect it to have a vibrant competitive scene for years to come. We agree that it is a great game but that team is already working on, "new things that I can't talk about (tm)", which was always the plan after UMvC3 Vita."