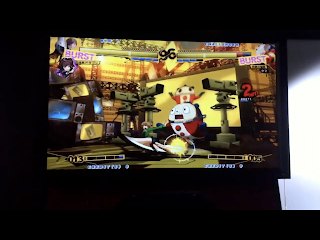 Andriasang says Atlus has released the 1.02 update for Persona 4 Arena in Japanese Arcades. The game is set for a console release in Japan July 26 for Xbox 360 and PS3. A North American release date has yet to be revealed, but it's expected to arrive sometime this summer.

Head past the jump for a list of the 1.02 changes from Atlus (via SRK).