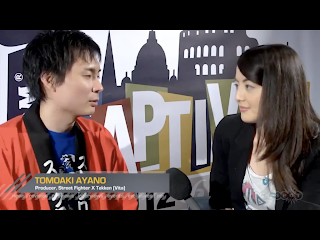 By now you probably realize that Capcom will include 12 new characters on the PS Vita version of Street Fighter x Tekken (SFxT). In all likelihood you also know these characters were found hidden as DLC in the console versions of the game.

The controversy certainly didn't help the sales of SFxT. Thus far, the game has sold 1.4 million copies, below Capcom's expectation of two million.

SFxT's interim producer, Tomoaki Ayano took to the Capcom Blog to address concerns of lack of interest in the game by the time characters hit Xbox Live and PSN. See what he said after the jump.


"We are considering changing the release date of the 12 characters. We also want to make this game strong enough to battle its way through the summer rush of fighting games."