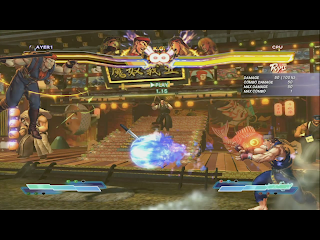 Capcom recently released a patch for Street Fighter x Tekken (SFxT). While the patch fixed many issues such as infinites, an even bigger problem emerged. Rolento can now lock up the game.

If Rolento throws his knife at projectiles, the game will freeze. You'll have to reset your console if you want to continue playing. This is a glaring issue, so much so that the character has been considered for banning of tournaments.

The official Capcom Japanese blog has confirmed that a fix is underway. Expect to download the patch in mid-June.
Posted by Fernando Quiles Jr.