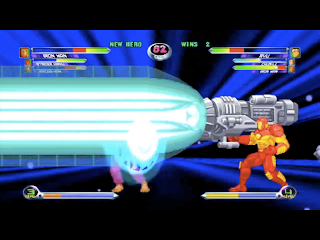 When Chinatown Fair in New York City reopened, there was plenty to be excited about. When the Arcade returned, that excitement was replaced with disappointment.

The old school cabinets were gone. Fighting games on current generation consoles were present but the art of fighting gaming cabinets seemed lost.

But it's actually alive and well. See why after the jump.


A little over a week ago, Deadly Bison interviewed Chinatown Fair's new manager, Lonnie. He revealed to Deadly Bison that Street Fighter 3: 3rd Strike, Marvel vs. Capcom 2 (MvC2), and Super Puzzle Fighter II would be making their returns.

FightVG.com can now confirm that all three cabinets can now be played at the NYC Arcade. We went to the arcade to find the titles in their reconditioned glory. The games now utilize the Arcade's new card system and take 2.7 credits.