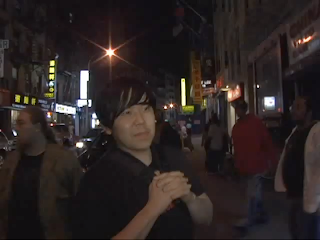 For Justin Wong, now is not the time to recharge batteries.

In 2012, Wong is taking the west coast by storm with his Street Fighter play. The man has won countless tournaments in games such as AE v.2012, MvC3, MvC2, and the list keeps going.

With so many tournament appearances, one may think it would be in Wong's best interest to step back and take a breather. The only problem is, he doesn't want to. In fact, it's been a long time since the tournament kingpin took a break from the fighting game scene.

Three years to be exact.


"I feel like I can't take a break because the opportunity is so awesome. I haven't taken a break since 2009. Hopefully, maybe 2013 I can take a break. It's (FGC) growing tremendously. I just hope it doesn't get too oversaturated because I think too many tournaments kind of wear people out. Not everyone is sponsored and obviously the people that make the community are not just the top players, it's everyone who attends these tournaments, also. Even though they're not top players, they're part of the community and they're here for the same passion and glory that the top players are here for. So shout-outs to them because without them there would be no scene, there would be no tournaments, there would be no $500,000 prize from Capcom."