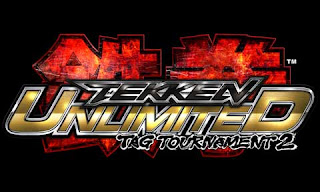 Tekken Tag Tournament 2 (TTT2) hasn't even made its way to consoles. That isn't stopping the game from making a killing in Japanese Arcades, however. With the latest Unlimited update, the Namco Bandai fighter is only getting stronger.

TTT2 producer Katsuhiro Harada has been answering questions from fans on his Twitter account. One of those questions had to do with the most used TTT2 characters thus far.

But now, Jun is one of the most used characters."