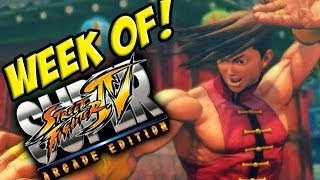 Serving up part four to the "WEEK OF!" Super Street Fighter IV: Arcade Edition 2012 is Maximilian. Watch the fourth part inside.

And the beat goes on.

Maximilian has uploaded part four to his "WEEK OF!" Super Street Fighter IV: Arcade Edition 2012 (AE 2012). He's been playing the PC version of the game since the week began.

Max has been mixing things up with his favorite Street Fighter III: 3rd Strike characters, Ken and Dudley. If you missed the first three parts, click here and here.