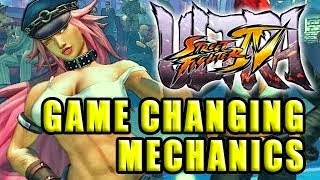 Rumors are running wild on the upcoming Ultra Street Fighter IV update. Maximilian talks about the rumors and the possibility of them coming to fruition.

Welcome to the rumor mill.

Keep in mind, this is not a confirmation and is only a rumor at this point.

Maximilian got hold of the rumors and decided to bring these potential changes to light. Below is a video of him discussing the possible changes in Ultra Street Fighter IV.