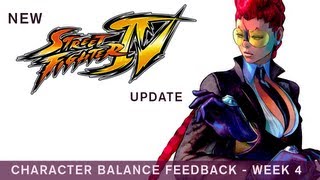 The fourth week of Super Street Fighter IV character balance suggestions is now open. Let your opinions be known to Capcom and the fighting game community. Find out how to do that inside.

These are the last nine characters open for balance suggestions. You can chime in on the changes you'd like to see by visiting the Capcom-Unity forums.