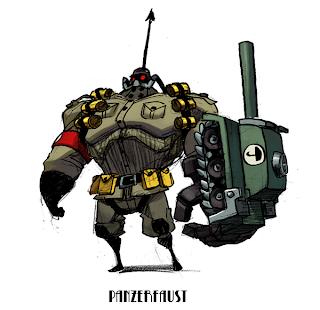 Panzerfaust is one of the eight characters who made it to round three of the Skullgirls DLC character poll. Find out who the other seven characters are inside.

The second round in the Skullgirls DLC character poll has come to an end. The top eight characters have been chosen to move on to round three. Peter Bartholow revealed the list on the official Skullgirls Indiegogo page.

As mentioned in the round one poll, this list does not go by popular vote. Below is the list in alphabetical order. Find out if your favorite characters advanced.