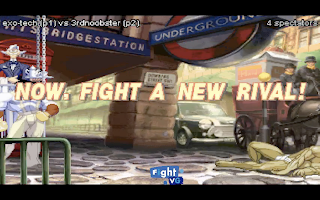 The grind doesn't stop. FightVG is back on YouTube. If you're not digging Twitch's archive system, watch matches from our March 31 stream inside.

It's been quite a while since FightVG posted a video on YouTube. Today (April 9) we have returned to the beloved video-sharing site. But what brought us back to the global juggernaut?

Twitch TV's archives aren't for everyone. While the video game streaming site is fantastic, it hasn't been too kind to mobile users since changing its layout. Now you can watch some of our saved live streams on YouTube.

We have decided to start with the Street Fighter III: 3rd Strike action from our March 31 stream. The GGPO online sessions lasted over an hour. Twitch has chopped the video down to five parts for YouTube and even made a playlist.