More details and gameplay footage of Injustice: Gods Among Us for iOS revealed 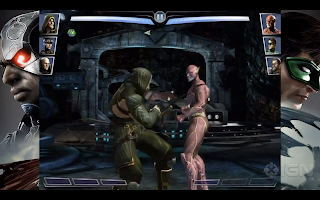 The iOS version of Injustice: Gods Among Us was revealed last week. Now, IGN is the first to have the ability to spill the beans on what the game looks and plays like.

When the iOS version of Injustice: Gods Among Us was revealed at GDC 2013, reporters were forced to keep a tight lip due to legal constraints from Apple. Those restrictions are now apparently off the table as IGN has been given the lowdown by NetherRealm's Erin Piepergerdes.

Not only does Piepergerdes describe this version's mechanics, but he does it while gameplay footage is showcased. While we already knew the game would be free, this overview reveals Injustice's iOS game will feature 3v3 fighting.