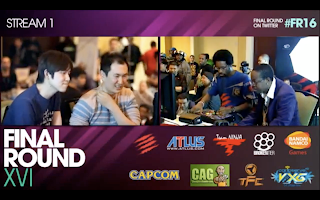 
The grand finals of Super Street Fighter IV: Arcade Edition 2012 at Final Round XVI took place yesterday afternoon (March 31). Infiltration used Akuma to battle Ryan Heart and his Sagat. The action was so fierce that there was a moment that left this guy speechless. The footage was taken from Team Sp00ky's stream and uploaded by Le Tempura.
Posted by Fernando Quiles Jr.