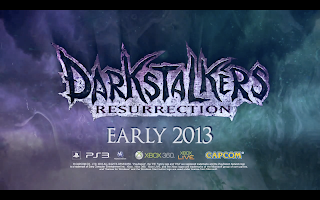 Darkstalkers Resurrection made the top ten list of PSN titles sold in March. Despite this, it's not enough to be considered a success in the eyes of Capcom's vice president.

Last month, Darkstalkers Resurrection was released on the PSN store and Xbox Live Marketplace. Despite earning the number seven spot in March PSN sales, it failed to meet Capcom's expectations.

Capcom vice president Christian Svensson chimed in on a forum post asking why the Darkstalkers compilation is considered a disappointment. Svensson is blaming misread information on the lack of sales.

"Sadly, it's not as high on that list as it really needs to be to be successful. We're working on promotions and the like to improve the situation. We've not given up. But I'm disappointed in the opening sales response relative to any other fighting title we've put out on the same platforms given the frequency and urgency of requests we've had here over the last several years and the quality of the execution. It is the most fully featured and probably best project of this type we've done.


And before people jump to the wrong conclusions, I'm not blaming fans who did buy it and supported the brand. I'm very thankful for those guys (thank you, to all of you). I'm more disappointed by my misread of the information in this particular case."

Fernando's POV: I think fans are growing tiresome of re-releases and HD collections. You can shine an old title all you want, but it still isn't as new as Capcom would like to believe it is. The hype for fighting game re-releases tend to die out after one week and aren't prominent in tournament play.