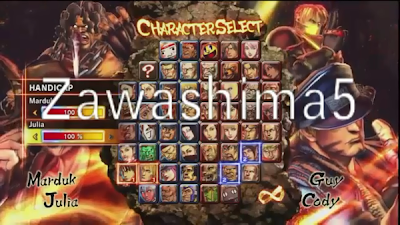 Looks like stubby and chubby are coming to Xbox 360 after all.

This past weekend, SoulReaper uploaded a bevy of Street Fighter x Tekken (SFxT) DLC footage. The uploader dived into the disc contents and found some interesting stuff such as unfinished prologues. All Vita exclusives will only be temporary as all 12 characters will make their way to consoles.

He also discovered that the Xbox 360 version has both Mega Man and Pac Man content. Most of the footage has been deleted, but SoulReaper isn't going down without a fight.