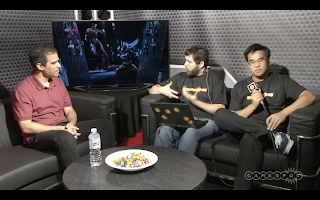 So close, yet so far away.

Injustice: Gods Among Us won't make its way to North America until April 2013. The upcoming NetherRealm fighter will see a release on Xbox 360, PS3, and Wii U. Luckily, Gamespot interviewed the game's lead man Ed Boon at the EB Expo in Australia.

Boon goes in-depth on what the team is attempting to bring to the table with this DC Comics free-for-all. He discusses Injustice's characters, stage interaction, and more.

Check out the interview, after the jump.