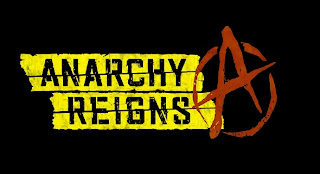 The North American release is set for Jan. 8 for $29.99, while Europe will get the game on Jan. 11. Head past the jump to see Sega's press release.

"SEGA of America, Inc. and SEGA Europe Ltd. are pleased to announce their groundbreaking multiplayer brawler Anarchy Reigns will launch on January 8th 2013 in the US and January 11th 2013 in Europe, for the PlayStation 3 computer entertainment system and Xbox 360 video game and entertainment system.

Developed by the talented team from the critically-acclaimed studio, PlatinumGames, Anarchy Reigns delivers over-the-top close combat, set in a massively open and fantastical world in a bleak, mutant-filled future. Watch iconic characters from the PlatinumGames stable duking it out in a series of vibrant arenas that could only have been thought up by Japan’s critically acclaimed studio. Up to 16 players can take part in multiplayer matches over a variety of game modes; engage in all-out Battle Royale destruction, co-operate with your friends and vanquish hordes of monsters in Survival mode or test your sportsmanship over a few rounds of Deathball! With an SRP of £19.99/€29.99/$29.99, Anarchy Reigns is a high quality game, selling at a fantastic price."

Fernando's POV: I've played the import of this game a few times and it's insane online. Sega did the right thing by reducing the price for North America and Europe. They're making up for delaying the game when there was nothing wrong with it.
Posted by Fernando Quiles Jr.