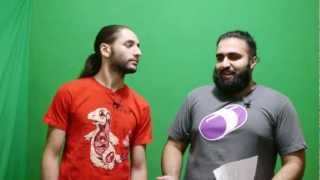 From Local Battles to FingerCramp and beyond. Chris G is one of the most talented individuals in the fighting game community (FGC). He has made his presence felt in both Ultimate Marvel vs. Capcom 3 (UMvC3) and Super Street Fighter IV: Arcade Edition v.2012 (AE v.2012).

Just a few days after Ultra David and James Chen discussed AGE's growth on the Street Fighter 25th Anniversary stream in Los Angeles, the sponsor has added another stalwart. Chris G is the latest player added to AGE's roster.

Watch him make the announcement below.