Outside problems with location to blame for Maximilian's move; video coming soon 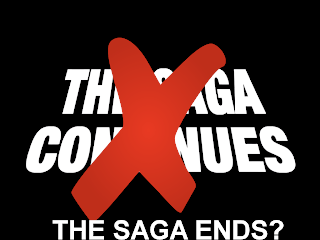 Yesterday (May 9), Maximilian revealed that his "Assist Me" series was in danger. The popular fighting game uploader said he would be losing his home. Fans were left wondering what they could do to help. This isn't the only issue endangering the series.

Max also revealed that Mike, who plays Wesker and Deadpool on the series, would be losing his job. Mike's wife will also be unemployed.

Not much was explained beyond that. Max, however, felt the need to clear the air on NeoGAF to fill fans in a little more on what the situation is. He also plans on making a video to reveal what the future holds soon. See what Max had to say after the jump.


"Wow at things getting blown out of proportion, haha.

I live in a condo so it's not the end of the world to move somewhere else. I had a pretty sweet thing going at the place everyone knows and loves from Assist Me, but I'd prefer to keep the show/productions going rather than dealing with outside problems coming with the location. I found out about this a few weeks ago, and am already making plans to move, albeit living expenses being nearly twice as much.

Even with the costs associated with moving/new place, the big issue at hand is the main writer/costume designer and actor for Assist Me, is running into some really tough times right now. I'll put up a video soon explaining everything but the bigger problem as a result is the future of Assist Me, as we'd be losing our primary shooting location, and key production members.

I feel very iffy about just asking people for money for the hell of it, and want to do this the right way if at all. Most likely give away key items from the show, or exclusives to people that donate. I'd prefer it being worth someones while if they're actually contributing money towards a production. Similar to how we had a budget working with Capcom for Ultimate Assist Me last year, the budget would now come from the fans for the future of Assist Me. Everything outside of those 6 episodes came out of my pocket and those involved in the creative work. The show has always been a financial but extremely personal rewarding burden...but it's doing something I love and sharing it with people who also have come to enjoy it too."