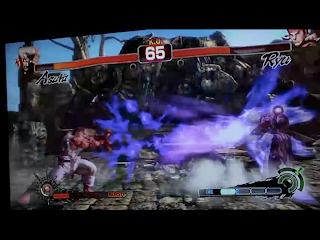 Asura is a fighter. So it should come as no surprise that Capcom would add a mode that features Street Fighter's Ryu, Evil Ryu, and Akuma to Asura's Wrath. What is a bit shocking is Capcom's lack of advertisement and information regarding the DLC.

The DLC episode featuring Ryu and Evil Ryu is available now in Japan, and will hit North America tomorrow (May 9). Akuma will be released May 16. The Lost Episode #1 will cost you 160 Microsoft Points or $1.99 on PSN.

Since it was announced, fans had little knowledge on what role these Street Fighter characters would have. Thanks to YamiBikutoru we know what it is before it launches. See the gameplay footage below: