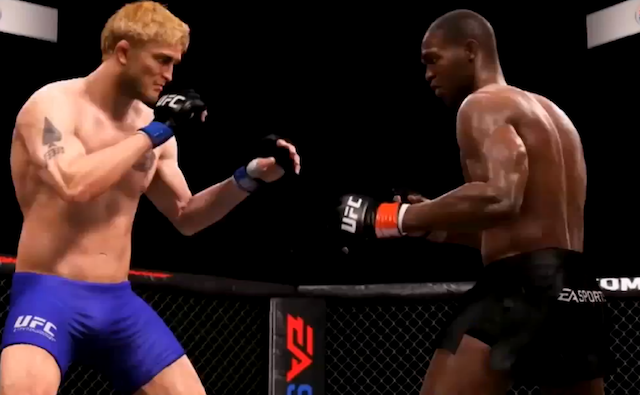 EA Sports is dishing out a preview of their first UFC game and second MMA title. A demo will make its way to PS4 and Xbox One owners tomorrow.

The Ultimate Fighting Championship (UFC) is "in the game."

EA Sports UFC will arrive on PS4 and Xbox One on June 17. To keep fans satisfied until the release, a demo is being released on PSN and Xbox Live tomorrow (June 3). In the demo, UFC light heavyweight champion Jon "Bones" Jones and number one contender Alexander "The Mauler" Gustafsson are playable.

With the demo comes an official poster. The Facebook page of EA Sports UFC released an image hyping up the demo. You can view it below. 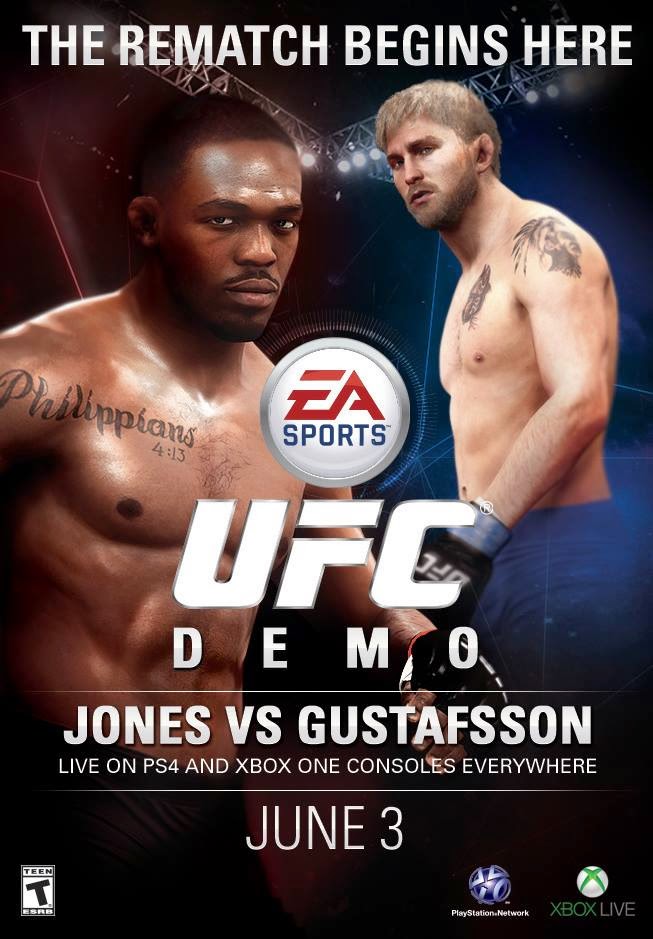