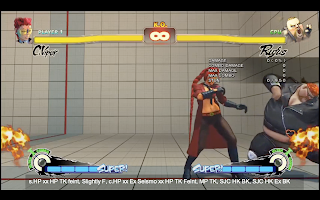 It's no question that the Street Fighter franchise has been the highlight of the fighting game community. From Daigo Umehara to Justin Wong, the players known around world have captured the imagination of competitive gamers for years.

Participating in the action are Latif, Knuckle Du, Filipinoman, Integra, Demonik and others. Below you will see the live stream and chat embedded.