Injustice: Day one Scorpion combos and how to get the character early by Maximilian (Video) 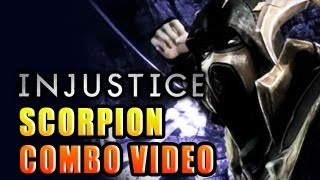 Scorpion is available to season pass members in Injustice: Gods Among Us through a glitch. See Maximilian's day one combos and his explanation of how to get access to the character.


Maximilian has got double duty. Instead of simply posting a Scorpion combo video, he has also provided a tutorial on how season pass members can get the character in Injustice: Gods Among Us. This only works if you have an Xbox Live account and is likely to be patched before the official June 11 release. Here's the explanation below.