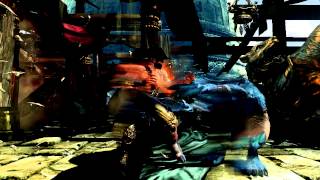 It's back. Killer Instinct was officially announced at Microsoft's E3 2013 press conference. Watch the trailer inside.

Microsoft promised that their E3 2013 press conference would be centered around games. Whether you're a fan of their upcoming console, Xbox One or not they kept their word. One of the games they rolled out was Killer Instinct.

The fan favorite fighting game series has resurfaced after a 17-year absence The game will be an Xbox One exclusive. Below is the trailer (via Xbox).