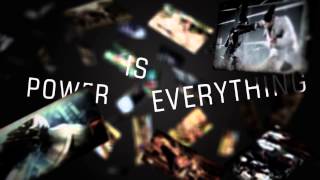 FightVG has got three writers with opinions on the free to play format in fighting games. Peep what we have to say inside.

Ever since the method blew up on the PC, developers and publishers have brought the experience to console gaming. It wasn't until recently that fighting games have dipped their toes in the water. Is that a good thing?

FightVG's head honcho ... me and writers Aren Douglass and Miguel Munoz have opinions on the format invading fighting games. Can it help bring fighters to more casual fans? Will it be a rip-off and a failure? Will it have little to no effect whatsoever?

Here's what we have to say.

Fernando Quiles Jr. - Having played Tekken Revolution for a couple of days I can say that I like what I've seen so far. The game offers online features such as player and ranked matches and even allows you to spectate. I unlocked Steve after my first online victory. There is quality content to be had without spending a dime.

The good thing about F2P in fighting games is that it allows more casual gamers to experience these games. It could open the door for fighters to grow and gain the popularity that they deserve. If publishers can put their greed aside, I believe F2P can be a fantastic way to give fighting games the recognition that AAA titles are able to enjoy.

Unfortunately I have my doubts about what publishers such as Capcom would do with an F2P title. After the SFxT DLC mess last year, I have little faith that a company with similar business practices would do fighting games any good with the F2P market. Hopefully if a company such as Capcom goes through with it, they put the gamer first.

Aren Douglass (see full article here) - After SFxT was shown to have DLC characters locked on the disk, will the community overlook Namco Bandai or Tecmo Koei if they do the same? What's to stop them if they are already withholding the characters in a F2P version? How is it fair to the person who pays $60 for the full version and then decides they want the new DLC that the F2P owners will pay less for?

One can say don't buy the full version, which is fine, but realize that if no one buys the full version these companies will just make their games F2P or low priced. Then they will either make the player buy required updates to play the game, or offer DLC that may give others an advantage.

Probably the most important thing to see here is free. The micro transactions are daunting; but one can not ignore the fact that instead of paying $60 or more, the game is free.

Miguel Munoz - First thing to note is the League of Legends (LoL) F2P system is a good example of how F2P should work. Earning in-game money to achieve other characters is a great idea.

For fighting games, it depends on how the format is done. I think it's a great idea if the game can have a decent balance, follow the LoL format and looks great.