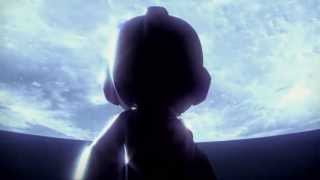 Fans of Super Smash Bros. were thrilled to see Mega Man's debut in the series. Those hoping for more third party characters will be disappointed after hearing what the game's lead designer has to say.

Two days ago (June 11) Nintendo made waves in the gaming industry by revealing Mega Man as a special character in Super Smash Bros. for Wii U and 3DS.  Many hoped this would open the door to more third party characters making their way to the upcoming fighter.

Lead designer of the game, Masahiro Sakurai spoke with Kotaku on which characters outside of the Nintendo universe would he like to see in the game. While Sakurai seemed interested in talking about them, he refrained and told gamers not to expect a slew of third party heroes and villains.

"I'm really sorry. If I were to answer that question, I'd get in a lot of trouble in a lot of different ways, so I can't answer. But I think I can say generally that there won't be a trend of adding a lot of third-party characters. You can sort of think of Mega Man as being the special case."

While the lack of other third party characters may disappoint some, it's the next quote that will probably impact the Smash community most. Since the upcoming Super Smash Bros. title will also be making its way to the 3DS, the handheld's limitations will also impact the Wii U version.

"The reality of the situation unfortunately is that there are certain limitations on the 3DS. The 3DS and Wii U versions of the next Smash Bros will have the same library of characters. So we're forced into the situation where we may need to reduce some characters to a certain degree. but we're really working hard in order to include as many characters as possible."

This may not be the best bit of news coming off the new Super Smash Bros. announcement, but it's hardly surprising. When the game was first announced at E3 2011, Satoru Iwata said Sakurai hoped to make both versions of the game compatible. Nintendo wants to make sure both versions are on an even playing field.
Posted by Fernando Quiles Jr.