Killer Instinct for Xbox One goes free to play 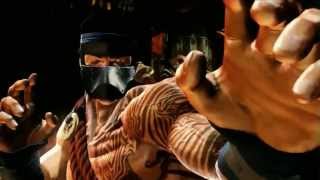 The free to play blitz is here.

At Microsoft's E3 2013 press conference, Killer Instinct was announced as an exclusive Xbox One title. A trailer showed off the game in 3D. Live gameplay was demonstrated where it was also revealed that you can live stream your Xbox One games on Twitch instantly.

What wasn't announced was that the game would be going the free to play route (via IGN). The upcoming fighter will be a day one, digital only release for the Xbox One. The only character that gamers will have access to out the gate is Jago.

Prices has not been revealed for other characters and features. Killer Instinct and the Xbox One console will be available this November.
Posted by Fernando Quiles Jr.