Injustice: Ed Boon hints at Batgirl release next Tuesday (May 21) 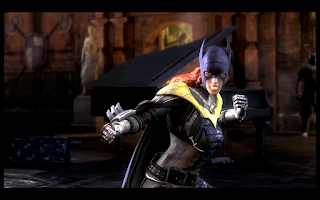 A well played troll or a confirmation? That's the question posed at NetherRealm's Ed Boon who is hinting the release of Injustice: Gods Among Us DLC character Batgirl to be next week.

Batgirl was revealed by NetherRealm Studios about two weeks ago. Since that time there has been a mixed reaction to the upcoming Injustice: Gods Among Us DLC character. Some say Batgirl fits the game's universe while others are growing tired of the Batman heroes and villains.

NetherRealm followed their announcement with a reveal trailer for Batgirl. The focus of the clip was on The Joker's attack of Batgirl that would leave her paralyzed. Needless to say, Batgirl got her revenge in the video.

Today (May 15) NetherRealm's Ed Boon took to Twitter to update the status of Batgirl's release. Or did he?


While this could be taken as a confirmation, nothing has been made official. It's possible that NetherRealm and WB Games will post an official release trailer before the week is over. If that happens, expect Batgirl to be released on Xbox Live and PSN on May 21 for 400 Microsoft Points or $4.99.
Posted by Fernando Quiles Jr.