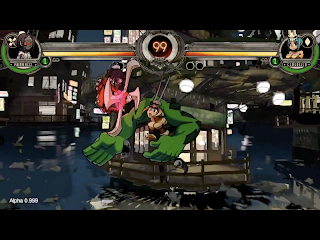 Arcades in Japan will be receiving Skullgirls. This will be done on Taito's Nesica system.

Skullgirls is on its way to Arcades in the "Land of the Rising Sun."

Back in February, Skullgirls made its Japanese debut on the PSN Store. Just a week after its release, it became the best selling PSN title in the country.