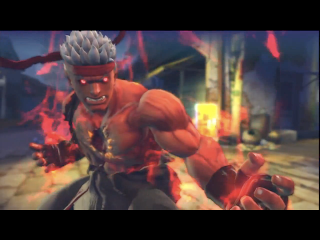 Let the evil consume you.

Pandora and the Satsui no Hado play second fiddle to no one. When they invade the bodies of world class warriors, there will be hell to pay. This leaves the fighters of Street Fighter x Tekken 2013 and Super Street Fighter IV: Arcade Edition 2012 vulnerable to vicious beatdowns and even death.

To those playing online, it means Lucifer_V is coming after you with a fist full of rage. Below is the fighting game enthusiasts' latest combo video showcasing Pandora, team and Evil Ryu combos.