Injustice: Gods Among Us 1.03 patch notes 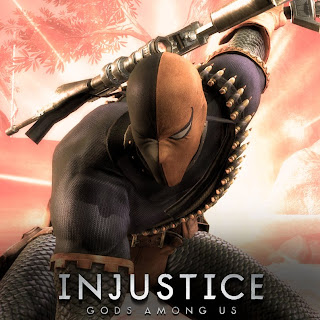 Lets plug up the holes, shall we? Change is coming to Injustice: Gods Among Us tomorrow. Find out what these fixes will entail inside.

The Injustice of the Gods Among Us!

Gamers of the popular NetherRealm fighter hoping for some online stability fixes will get their wish. Along with DLC content such as Batgirl and some skins, the 1.03 patch is coming to Injustice tomorrow (May 21). Not only will this include system changes, but most of the roster will be receiving some tweaks as well.

Below are the system and character changes (via the official Injustice website) that will be arriving on Xbox Live and PSN.

As part of the May 7th Compatibility Pack update, NetherRealm has released v1.02 patch for the Injustice: Gods Among Us video game. The v1.02 patch addresses several performance tweaks and enhancements to the game. The list of changes for patch v1.02 are provided below: