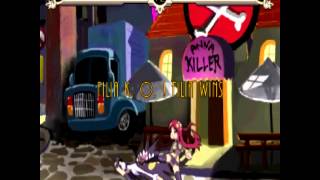 Skullgirls is now one of the most talked about fighting games but it wasn't always easy for the team behind the game. The folks at Lab Zero Games started work on the game in 2006 and below you will see gameplay footage from an early build.


Tyberian Tiger has posted gameplay footage of Skullgirls from a 2006 build. You can see Filia and Peacock are the only two playable characters in this version. The early build doesn't appear to be stable and could have just been a test to see what direction the developers wanted to go in.
Posted by Fernando Quiles Jr.