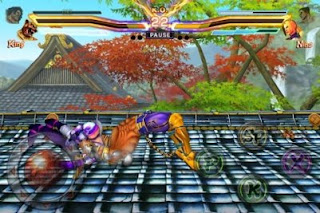 Capcom (via Andriasang) has confirmed the additions of King and Hugo to SFxT Mobile. The two wrestlers were featured in the console versions of the game so it should come as no surprise that they're making it to iOS devices.

A new gem system for SFxT Mobile is titled, “Gem Roulette.” When landing a launch attack, “Gem Roulette” releases a Pandora’s Box. The player will then receive a booster gem.