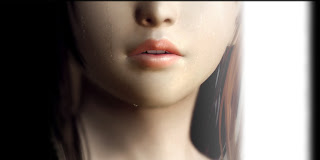 And you thought the swimsuits were done.

Tecmo Koei has announced the Dead or Alive 5 (DoA 5) Collector's Edition. This will be available at GameStop for $79.99. Despite Team Ninja's Yosuke Hayashi expressing his desire to lower sex appeal, special swimsuits will be in the Collector's Edition for every female character.

Now on to pre-order details:

If you plan on pre-ordering DoA 5, you'll have to choose your retailer wisely. Amazon and GameStop are dishing out two different bonus offers for the game. Pre-ordering on Amazon will get you the "DOA Devils" costume pack, which features black bunny swimsuits for Christie, Tina, and Ayane.

GameStop's pre-order offer includes "DOA Angels" white bunny swimsuits for Kasumi, Leifang and Hitomi. Those confused as to why characters aren't included as pre-order offers may want to ready this. As far as why swimsuits are the main focus of bonus content, I think you know the answer to that.