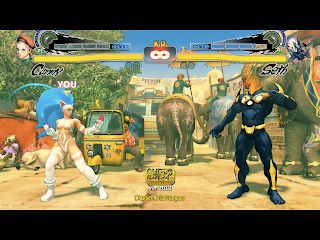 When Capcom released AE v.2012 for the PC, the company had to have known mods would be made. What they perhaps weren't expecting was for those mods to be as extremely detailed as the ones Daniel Vargas Ortiz has been posting.

This mod features Capcom's Felicia and Marvel's Nova. Buzzer25 is credited with this stunning alteration of Cammy and Seth. Watch the mods in action, after the jump.