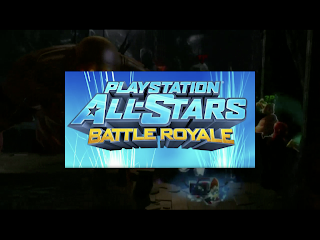 Sony knows how to throw a party.

The company's E3 2012 press conference has been clicking on all cylinders with announcements such as the big news on PlayStation All-Stars Battle Royale. The game is coming to PS Vita.

But that's not all. The fighter will always feature cross-platform play. This will allow PS Vita users to connect online with PS3 users.

And that's still not all.

Uncharted's Nathan Drake has been teased to be a playable character in Battle Royale. In fact, the character confirmation was leaked not too long ago along with Solid Snake and Cole MacGrath.

Now Drake has been confirmed by Sony. Big Daddy from BioShock has also joined the fray.

Gameplay footage of the characters were not revealed. We should be seeing some off-screen videos and photos soon as both characters are playable on the show floor.
Posted by Fernando Quiles Jr.