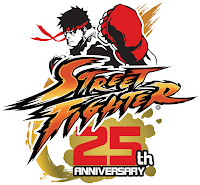 Capcom has launched the official Street Fighter 25th Anniversary website. The 25th Anniversary Set will make its way to Xbox 360 and PS3 Sept. 18. For more details on what will be included in the limited edition package, click here.

The new website features some dazzling artwork. On display are M. Bison, Blanka, and many other characters that have made the Street Fighter series unique. Visit StreetFighter25.com to see the content.

Not only is Capcom celebrating the 25th Anniversary of Street Fighter with a slew of games, animes, books, and accessories. They are also enjoying the moment with $500,000 in tournament money. For a list of tournament dates and locations, head past the jump.