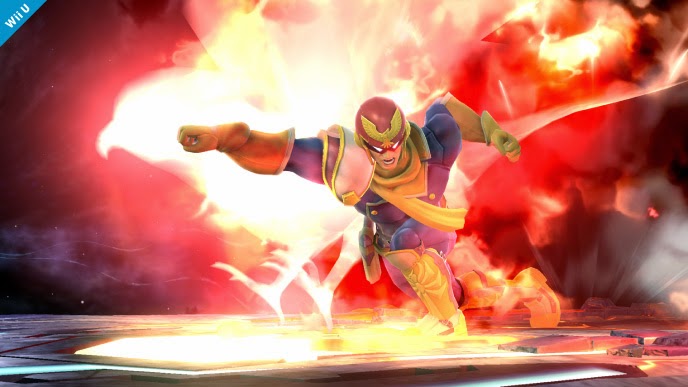 Captain Falcon is a new addition to the Super Smash Bros. Wii U and 3DS roster, but he's not alone. Lucina and Robin will also be joining the fray.

Nintendo has revealed that F-Zero's Captain Falcon and Fire Emblem's Lucina and Robin are making their way to Super Smash Bros. Wii U and 3DS. They aren't trophies, folks. This is the real deal and they are playable characters.

You can check out their character bios by visiting the Super Smash Bros. website. Below is the official reveal trailer that shows all three characters.

Fernando's POV: It's weird that Captain Falcon doesn't have his own trailer showcasing how he plays, but he's so popular in the series that it probably doesn't even matter. The additions of Lucina and Robin has to give fans of Fire Emblem hope that the crossover game with Shin Megami Tensei is still in development.
Posted by Fernando Quiles Jr.