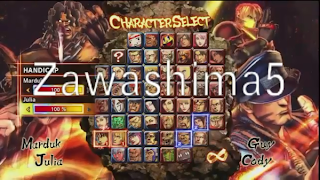 Finally we can (almost) put this thing to bed.

Capcom announced at their Evo 2012 panel the release date for Street Fighter x Tekken (SFxT) DLC characters has been bumped up. You can purchase the DLC characters on Xbox Live and PSN July 31. The extra content will run you 1600 Microsoft Points or $20.

The PS Vita version of the game was to have the DLC characters as a limited time exclusive. Controversy surrounding Capcom's on-disc content blunder caused their plans to go awry.
Posted by Fernando Quiles Jr.