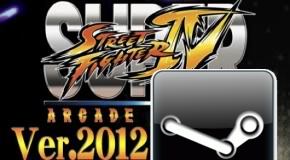 The 1.07 AE v.2012 patch was expected to hit steam tomorrow (July 31). Capcom-Unity all but revealed a stop to those plans. The patch is still waiting approval from Valve and is not expected to be released until at least the end of the week.

See the full status update below.


"Another quick update on that PC 1.07 patch for Super SFIV Arcade Edition - the Steam version is still awaiting final approval, and we hope to have the situation sorted out before the end of the week. Sadly that's the whole update for today, but it's been a week since we last brought it up, and we want to keep you all in the loop.

More as soon as we know it!"


Fernando's POV: It may not be the update Steam members wanted to hear but it's good to know all that's standing in the patch's way is an approval. Capcom did the right thing by not leaving their PC fans in the dark.
Posted by Fernando Quiles Jr.