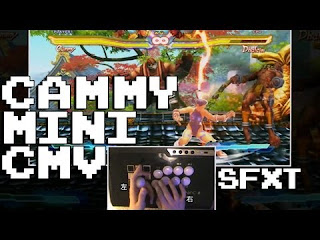 Street Fighter x Tekken (SFxT) may not be a fan favorite, but Desk is sticking with the Capcom crossover. His latest offering marks the 24th SFxT video he has posted. Cammy is the character of focus.

Here's a description from Desk:

"Cancelling into and dashing out of charge moves allows you pressure your opponent and extend juggle combos. However, it's rarely useful in grounded combos.

Doing the same thing with ex charge specials actually makes you dash much quicker and in some cases (like with Cammy) allows you to dash up and combo after fierce attacks. It's not something you see often as it usually quite difficult but it looks awesome and is great for style combos.

This isn't something I've really looked into before but is one of the many cool subtleties of the SFxT engine that's fun to explore."

Watch Desk get down to business, after the jump.