NetherRealm is "definitely aware of the Evo guys" and will accommodate them in Injustice: Gods Among Us 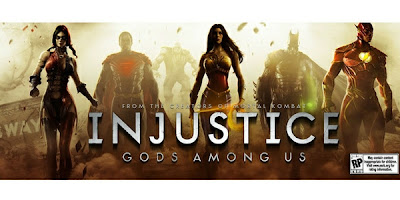 Relax "Evo guys," Ed Boon has got you covered.

Since the announcement of Injustice: Gods Among Us, NetherRealm has turned some heads. The game features heroes and villains from DC Comics. Those in the fighting game community (FGC) have expressed anticipation for the title, but are approaching it with caution.

There are numerous reasons to believe that Injustice may cause a disturbance in the tournament scene. One reason is the fear of it being too similar to the Mortal Kombat series. While Boon has addressed that fear, he hasn't touched on how stages might impact tournament play.

The silence is broken.

Quote from Boon interview with The Verge:

“I think anytime you do something as, I guess, bold or out of the box as that, you’re going to have people that question it especially, how does that come into play in a tournament situation? If you play in the Batcave, you have a different strategy than if you play in the Fortress of Solitude. My guess is we will certainly offer at least one stage that is traditional, because you never know what’s going to be banned in tournaments. We’re definitely aware of the Evo guys and we’re going to put things in the game to accommodate them with a more stripped down version.”

Fernando's POV: Ed Boon just loves the "Evo guys." I was wondering how the stages may impact the game's standing with the FGC, so it's nice to see Boon address it. I definitely think Injustice has a shot of replacing MK9 at Evo. Then again, with the way Capcom butchered SFxT with the FGC, we may see two NetherRealm fighters on the main floor of Evo 2013.
Posted by Fernando Quiles Jr.