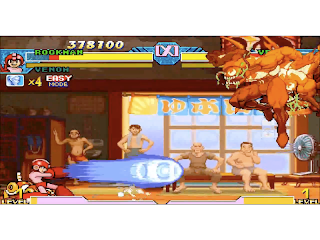 Marvel vs. Capcom Origins had a playable demo at San Diego Comic-Con 2012. Those who played it noticed the turbo settings were locked to Turbo 1. This had some MvC fans concerned.

Capcom Vice President Christian Svensson was asked on the Capcom-Unity forums about the lock. Svensson pulled a quote from Derek Neal and confirms a speed slider.

"Just got off my plane from Brazil and I'm awaiting my connecting flight. While I was on the plane,


'When you’re playing the game, there is a “Speed Select” choice.  It has two options, “Normal” and “Turbo”.  There is no way to deviate from that set up. However, there is a game speed slider in the options that will let you specify whatever game speed you want, even though the in-game menus won’t change.'

So in short, it seems you can define your own default within the options that, overrides the usual in game setting and turbo is an option."


Fernando's POV: Svensson responded quickly to the concern. Some people are still complaining about his answer but it was pretty straightforward to me. Capcom does some pretty shady things but the way they've handled MvC Origins is fine by me.
Posted by Fernando Quiles Jr.