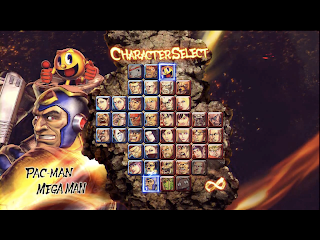 And boom goes the dynamite.

Since Street Fighter x Tekken (SFxT) was released, Capcom has produced blunder after blunder. First the on-disc content was discovered, then sound issues online, then a patch caused the game to freeze when using Rolento. Now Xbox 360 owners won't even get to play as two characters that are locked on their disc.

SFxT producer Tomoaki Ayano took to Siliconera to reveal the bad news. See what he had to spew say, after the jump.


"Unfortunately for Xbox 360 users, Mega Man and Pac-Man are exclusive to the PS3 version of the game. Every game has data on it that is unused. In this case, Street Fighter X Tekken for the Xbox 360 did have the Mega Man and Pac-Man data on it. But, we never intended to release these characters on the 360. They are PS3 exclusives and that was our intention from the very beginning. The are not going to be timed exclusives either, they’re PS3 exclusives."


Fernando's POV: This shouldn't surprise anyone. Capcom always finds a way to let their fans down one way or another. Ayano's use of the word "unfortunately" is laughable because he acts as if he cares that 360 owners are left in the dust. It's things like this that killed the SFxT hype train before it even began.
Posted by Fernando Quiles Jr.