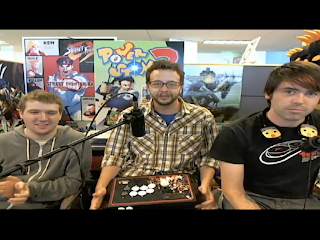 Last month, Seth Killian left his position as community manager for Capcom. The departure was amicable yet many wondered what the future would hold for Killian. Now we know.

A post from the PlayStation blog has revealed Killian has made the jump to Sony Santa Monica as a lead game designer. The studio has worked on Journey, Escape Plan, and you guessed it, PlayStation All-Stars Battle Royale.

Killian spoke with GameSpot to discuss his decision to leave Capcom and move to Sony.


"Capcom was (and is) very close to my heart. The teams there have been extremely gracious with me, and showed me a great deal of trust in me to work on the fighting titles specifically. Towards the end of my time, that trust extended to titles even outside of the fighting genre, but to focus purely on the design-side at Capcom would have required that I move to Japan full time, which wasn’t a path for me (also my Japanese is really, really bad).


I’ve been lucky enough to have a variety of interesting opportunities, but the decision to join Sony Santa Monica came down to the people and the projects. Frankly, I think they’re one of the best kept secrets in the industry–everyone knows their work from AAA giants like God of War to more personal games like The Unfinished Swan, but I don’t think people realize so many of these great projects are coming through the same studio. Also, between the internal group working on God of War and externals like SuperBot, they’re loaded with fantastic combat designers, who make me feel right at home. They speak my language."